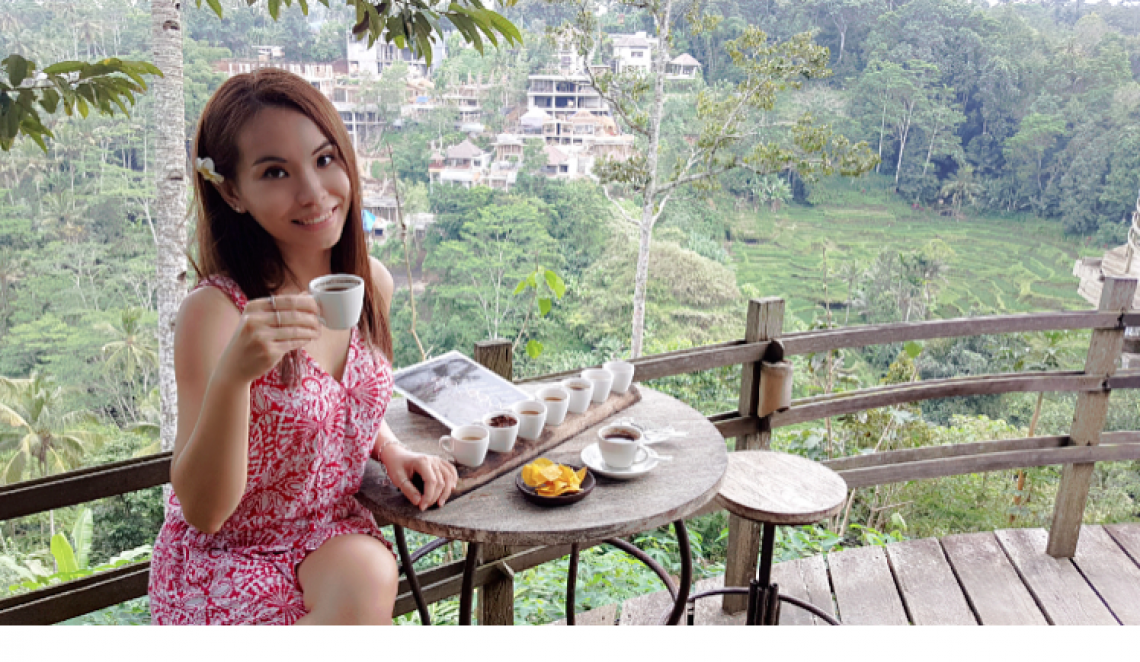 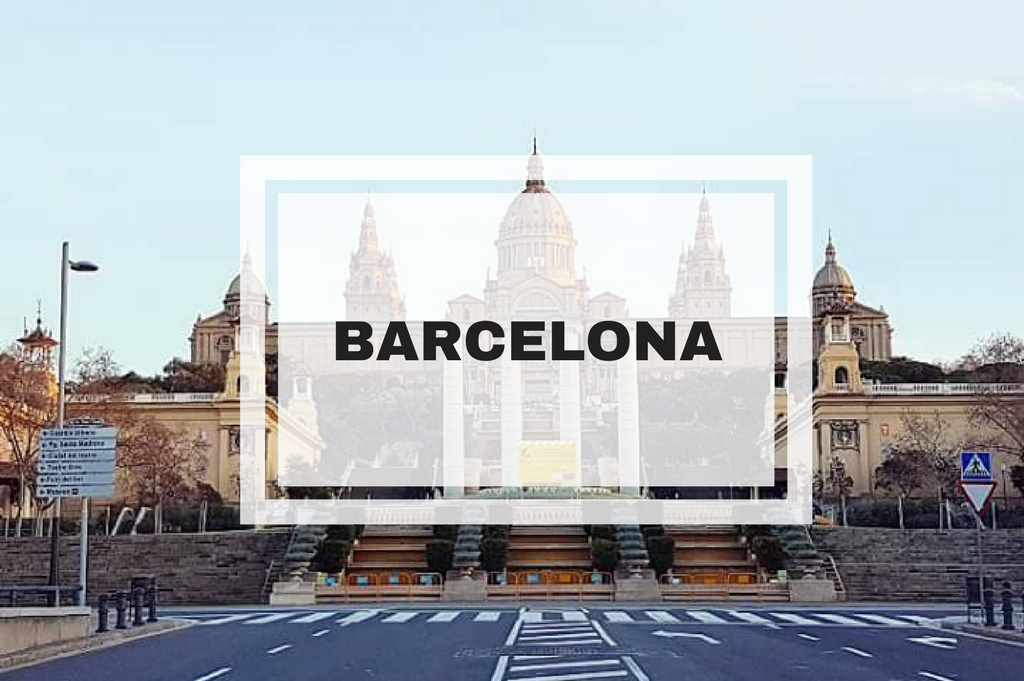 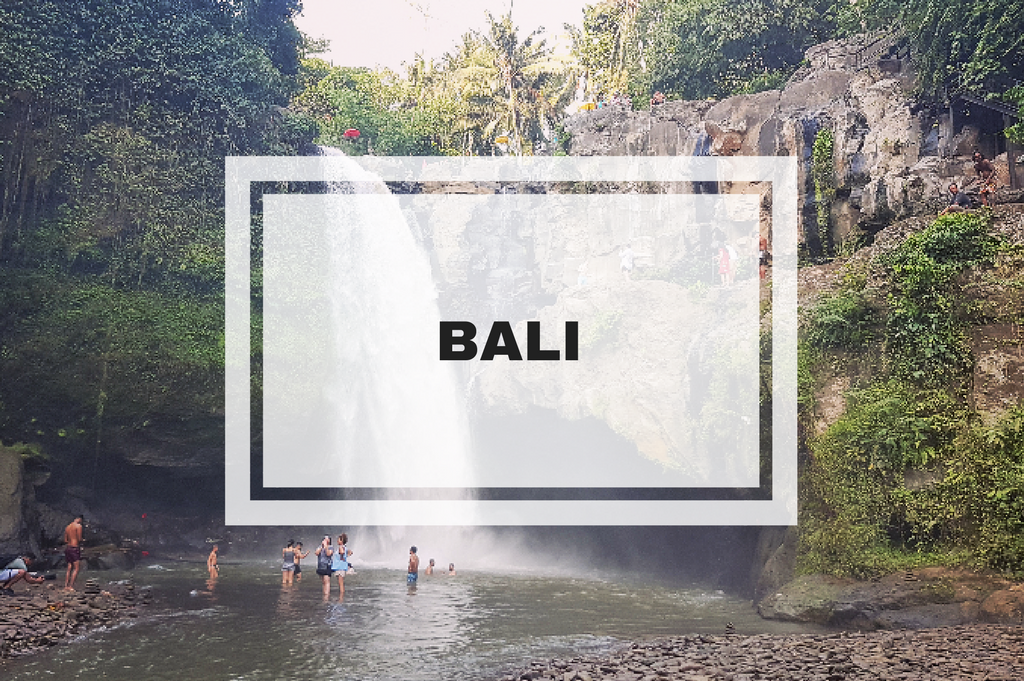 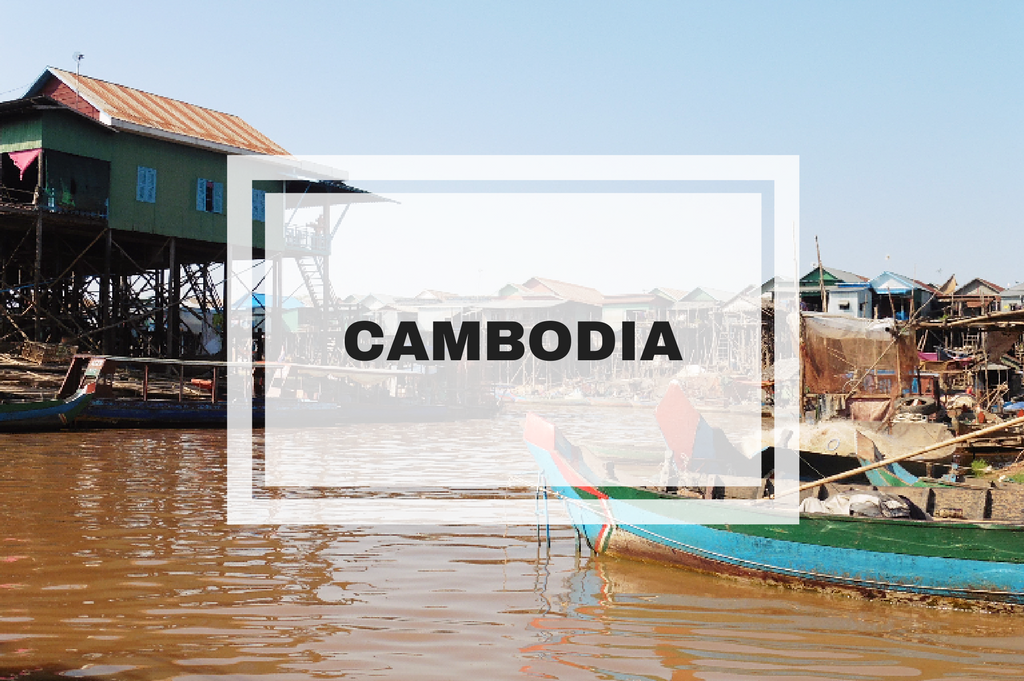 Boasted as one of the most picturesque place in Attica, Cape Sounion sits at the southern most tip of the Greek peninsula, overlooking the vast swathes of blue Mediterranean Sea. Often ignored by travellers due to its distant location, this little suburban town has had a very significant and turbulent past.

Strategically positioned at the coast on one of the most crucial maritime points of the early centuries, its locale is a geographically important sailing route that provides safe voyage for ships traversing from the Ionic coasts of Turkey to the other Peloponnesian islands of the Aegean sea on the way to Rome. It was also here that the Greeks sparred with the different empires from different lands surrounding the ancient Greeks over control of the free western world.

Today, Cape Sounion is surrounded only by the stunning beauty of nature which ushers a spectacular sunrise and sunset scene beset against the clear pastel blue Mediterranean sky and sea while encompassing only the ambience of total tranquility. 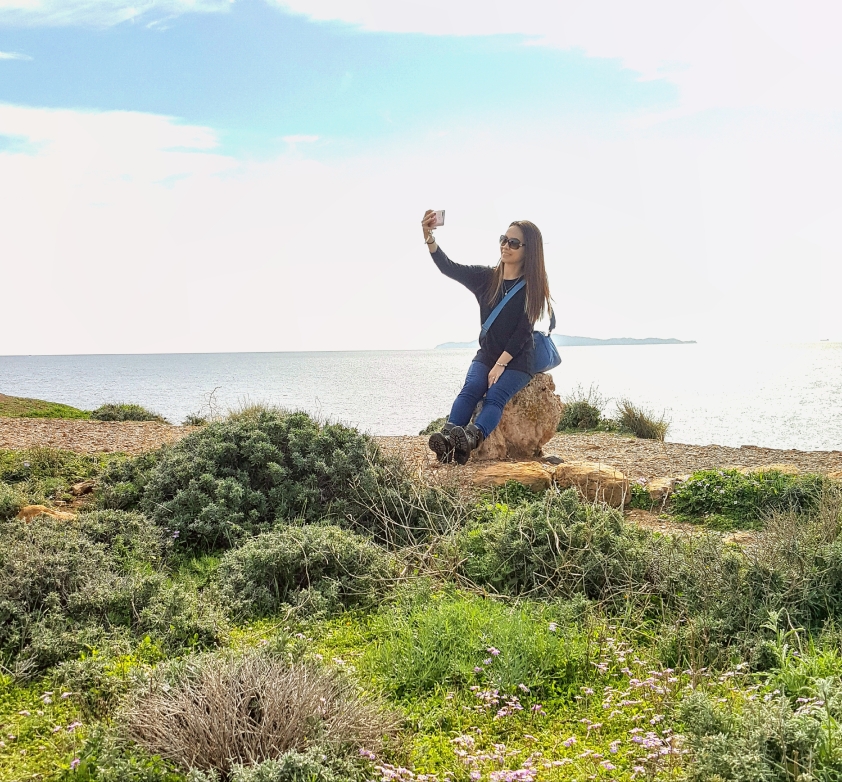 What was more fascinating about Cape Sounion was the mythical Sacred Triangle. The Temple of Poseidon at Sounion aligns accurately with two other temples; the temple of Aphaia in Aegina and the Parthenon in Athens, forming a perfect isosceles triangle. The precision accomplished in the positioning of these three mega-sized temples which are situated hundreds of kilometres apart and yet forming a perfect triangle is absolutely mind boggling and a complete marvel especially considering such a feat with limited technology dating back as early as 444 BC!

Thus, having heard so many good things about this place and since I had a couple extra days in Athens, I decided to take a day trip out of the history filled town to explore this interesting location and its surrounding. 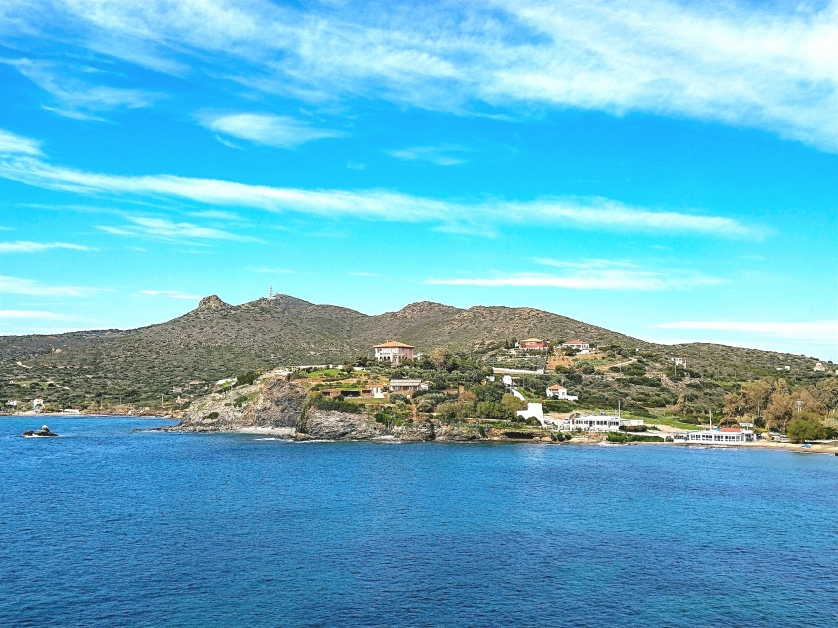 From Athens, head over to the Bus Terminal north of the National Archeological Museum of Athens located along Leof Alexandras street. This is the originating and terminating bus point for the KTEA buses to Cape Sounion and many other parts of Greece.

Do check the bus timing available to and fro Cape Sounion, making sure you have enough time to tour the whole area before hopping on the return bus. The buses to Cape Sounion is usually on the outer most paddock and roughly takes about two hours ride per way depending on traffic. 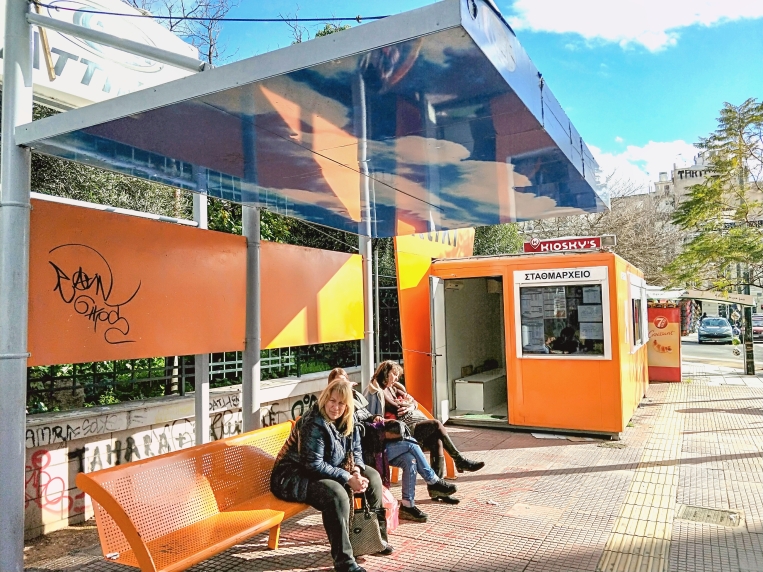 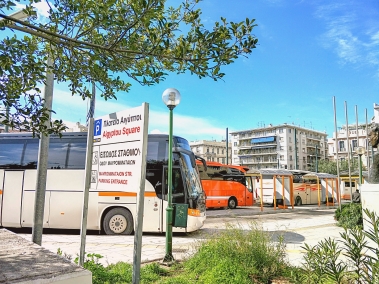 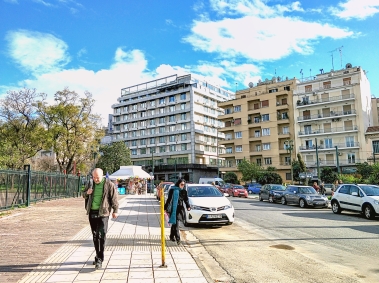 The bus ticket costs 12.50€ per adult for a return trip while a single trip ticket is 7€ regardless of where you board. Hence it is more worthwhile to enjoy the ride from the starting point. The bus heads through the city and has a few stops near Syntagma Square for those of you who can’t make it to the bus station. Be sure to get a good seat on the right side of the bus to enjoy the coast line views as the bus heads south. The bus does make some stops at designated areas along its route including some in old coastal town areas but once you disembark, your ticket is up. Bring along some snacks and drinks but be warned….the bus doesn’t stop for toilet breaks! You’d have to buy a new ticket again if you alight anywhere along the journey for a pitstop. The bus stops directly in front of the Temple of Poseidon and you can board the next bus back to Athens at the same place. 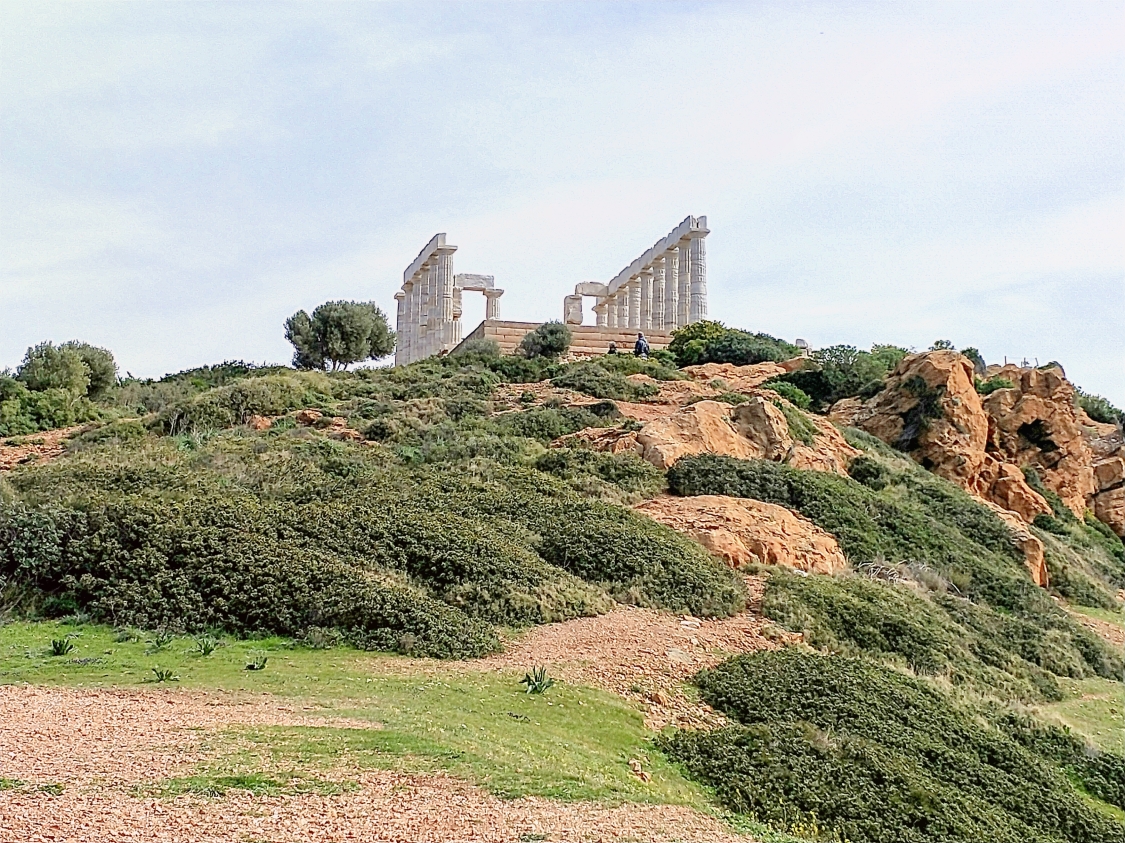 Temple of Poseidon and the Sacred Triangle

Perched on the cliff top at the very far end resides the Temple of Poseidon, an ancient temple dating back to the Archaic period. Built in 444 B.C., this doric style temple was constructed out of marble from the nearby Agrileza quarries and comprised of thirteen columns each on its long side and six columns on its ends. The temple was dedicated to the god of the sea, Poseidon and was a beacon to the sailors that they are near home. This is probably the earliest concept of ‘insurance’ for seafarers seeking protection against the sea. Considered an important monument and a sacred sanctuary during the golden age of Athens, a grand religious ceremony was held on the compound once every four years, with officials sailing in on ‘sacred’ ceremonial ships. 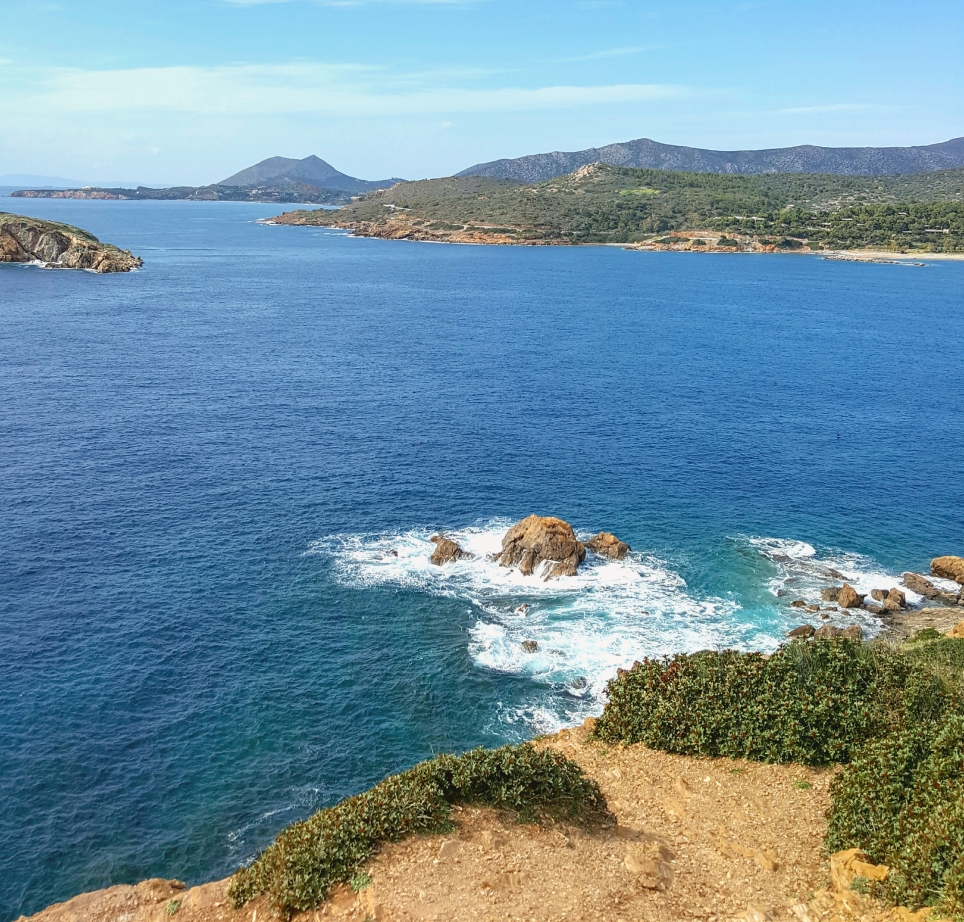 Back in ancient times, the old trireme ships weren’t completely sea worthy and seafarers would have to stick close to the shorelines for navigation and safe passage. Hence, seafarers traversing the east west route of the Aegean would stop by Cape Sounion to make offerings and dedications at the Temple of Poseidon for safe travels. A major dry-dock and fortified harbour was built within the enclosure of the cape for ship repairs and to protect berthed ships against stormy weather. Rows of shops, taverns and houses pave the way upwards towards the temple complex on the top of the hill from the cape for seafarers to stock up on provisions, stay for a night, or buy offerings for the temple. 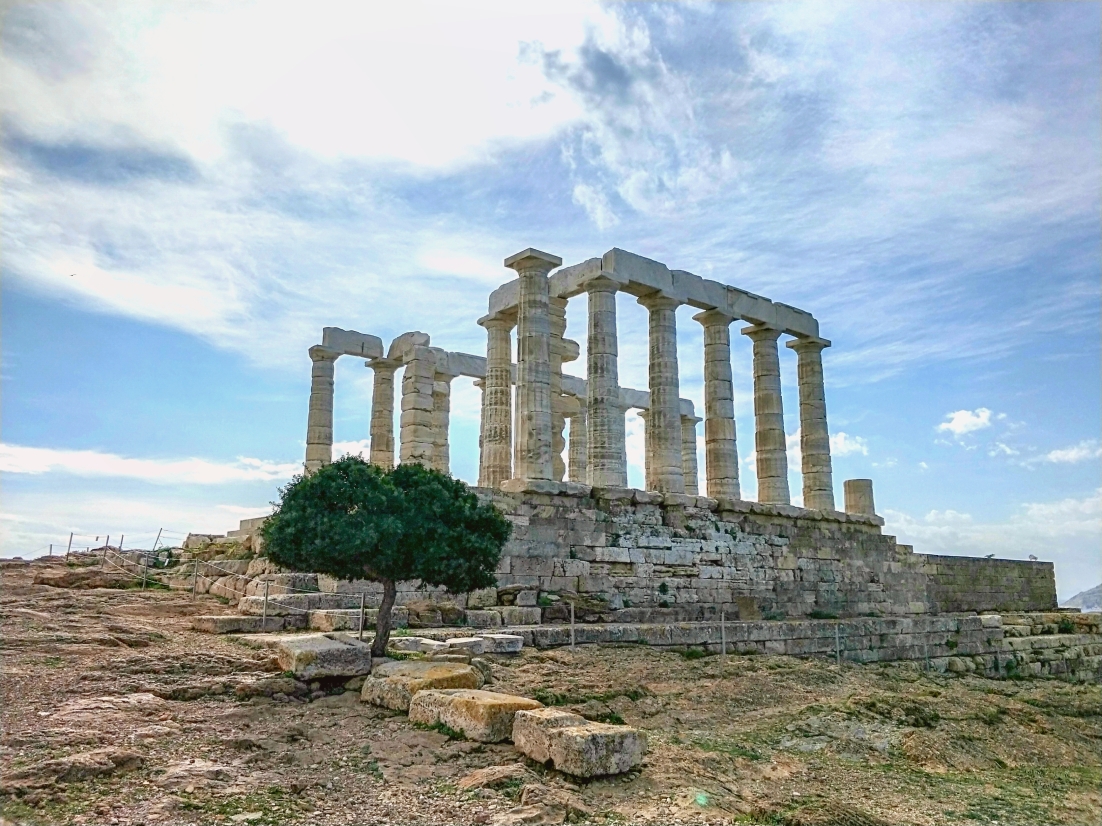 The Temple of Poseidon was heavily destroyed during the first Persian invasion of Greece by King Darius and although restoration works did take place after the war, the temple was never fully restored as Greece was again invaded by the Persians under Xerxes, son of Darius. Thereafter, the Pelloponesian war and the occupation of Greece by the Byzantines, Turks and other foreign nations left the temple in further ruins to what we see this day.

Only some of the doric columns remain with parts of the inner cella where the statue of Poseidon is believed to be housed. Researchers believe that the best replica of how this temple would look like in its prime days would be the Temple of Hephaitius in Athens, which is the only Archaic temple which still stands today. 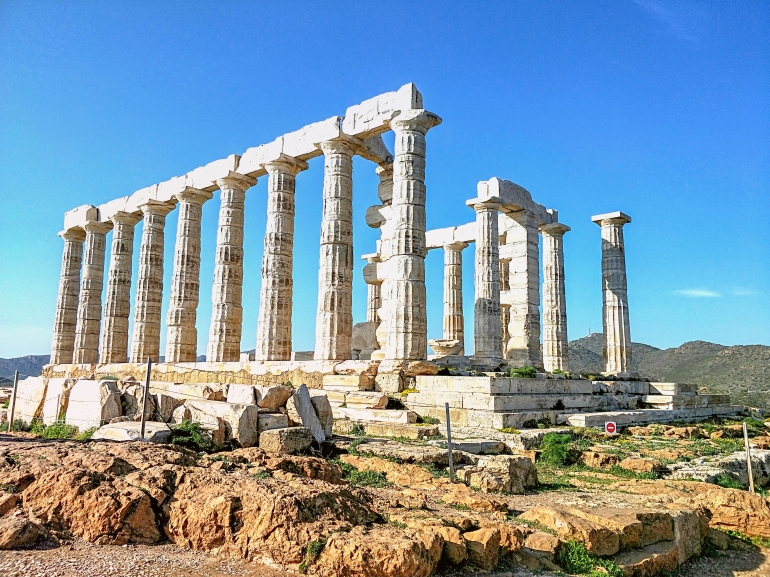 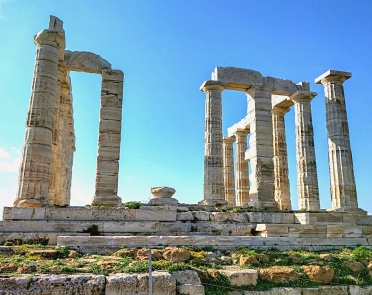 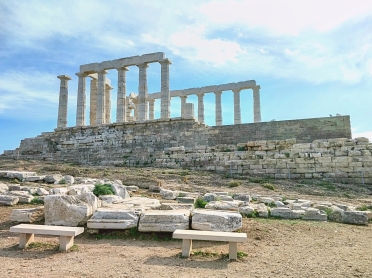 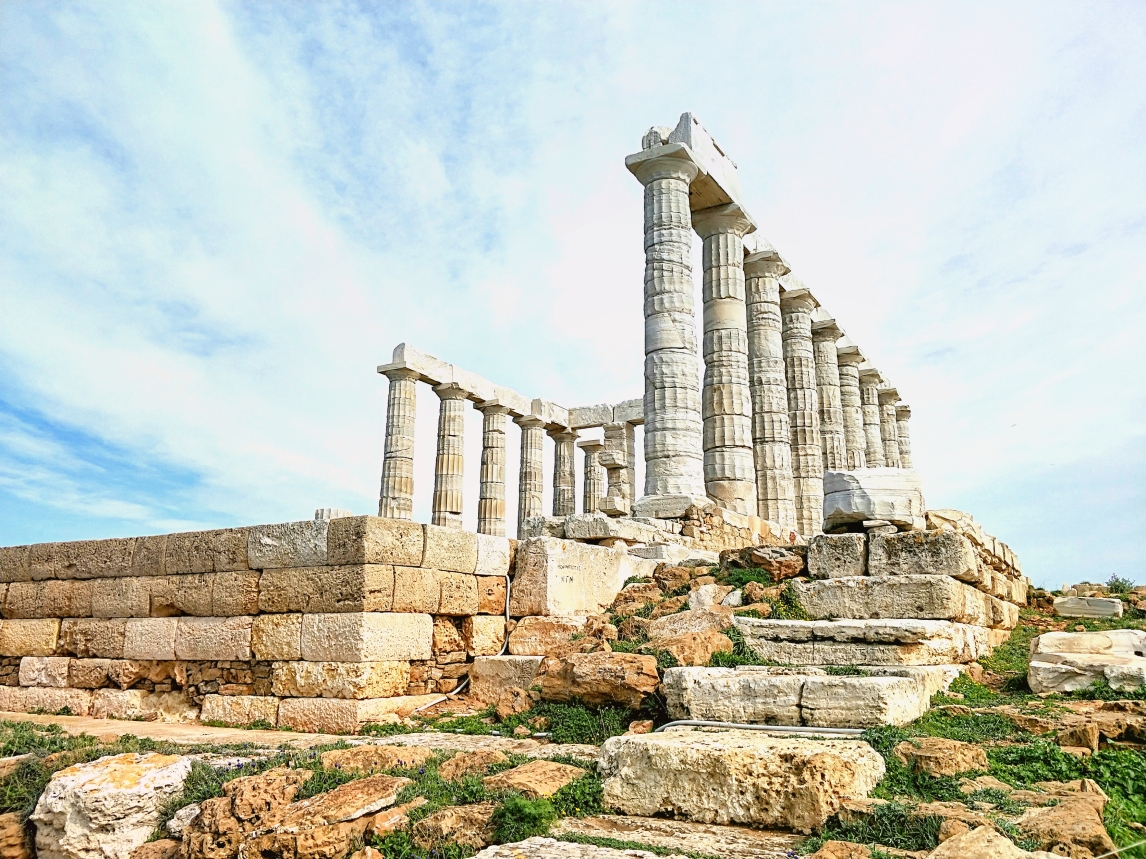 Mythically, the temple of Poseidon, along with the temple of Aphaia at Aegina and Parthenon at Athens formed a Sacred Triangle that protected the Athenians and Greece from its enemies. This mythical legend was proven many times over through Greek victories in many deciding battles that occurred within this triangle and turned the fate of its many invading empires; especially the Persians and the Ottoman Turks. Even the Italians were repelled by the Greeks during the early years of the Second World War! This is the intrigue of the mythical sacred triangle! 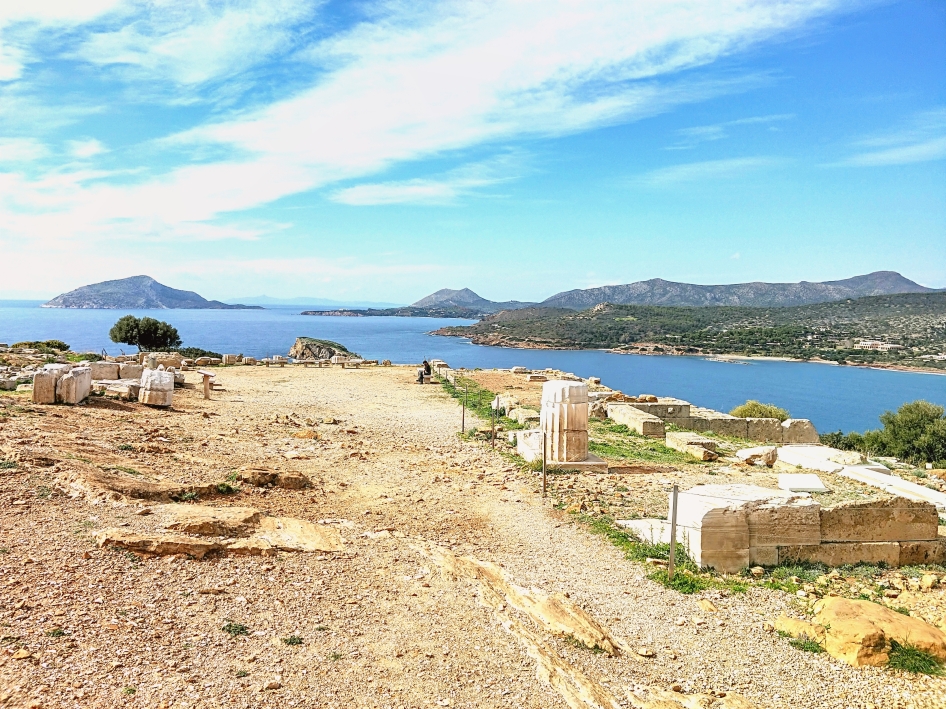 Nevertheless, aside from all its turbulent past, the view from the Temple of Poseidon is nothing less than breathtakingly beautiful. Surrounded by mountains and the ever blue Mediterranean sky, you feel like you are just set in the midst of nature and embraced by the gentle sea breeze. The best time to visit Cape Sounion is in the early morning to catch the gorgeous sunrise breaking the birth of a new day or in the evening to enjoy the romantic golden beams from the magical sunset. Definitely a very Instagrammable moment to catch. 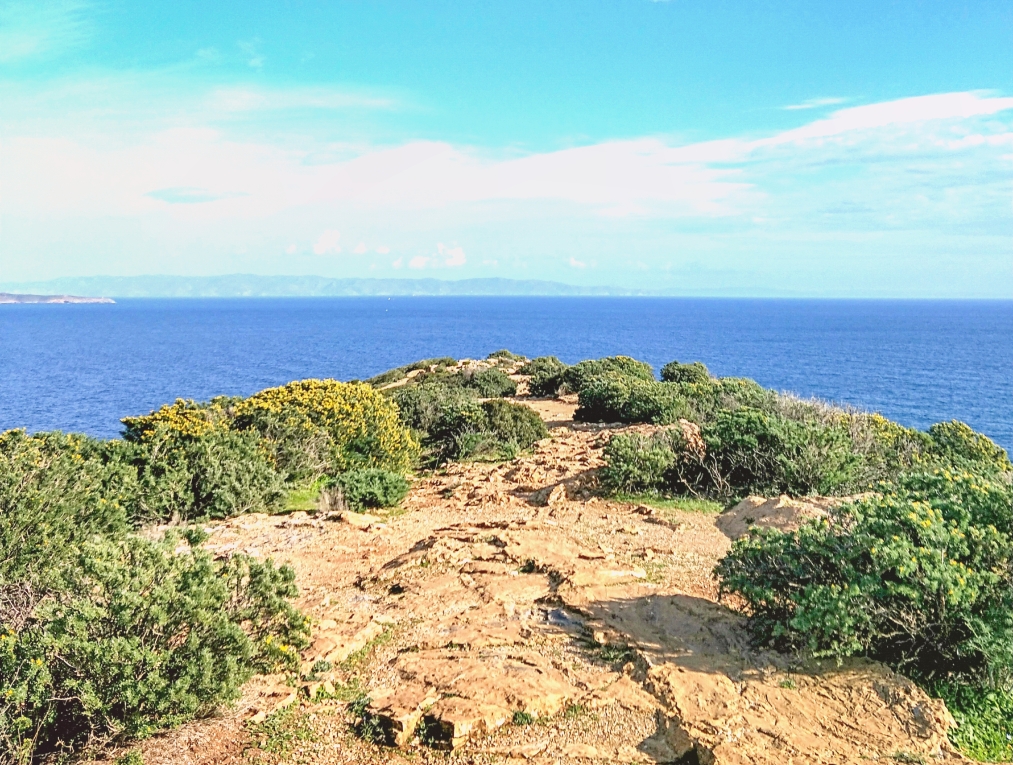 Another point of interest would be the hill next to the Temple of Poseidon located nearby where the bus stop is. There is the only coffee shop and public toilet for visitors to this ancient site along with a small museum and souvenir shop for visitors waiting for the bus.

By the side of this coffee shop is a pathway leading up to the cape of this hill with faraway views of the temple and the islets nearby. That exact point is the furthest south on foot I’ve been on the Greece peninsula! 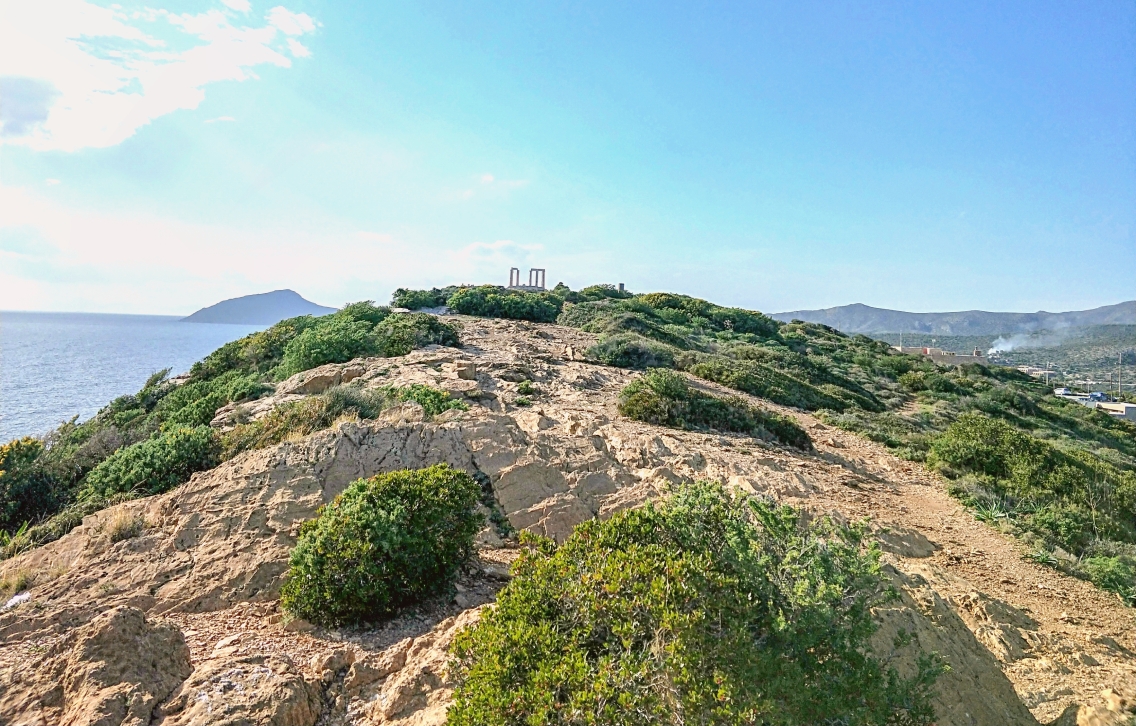 Do take your time and relax with a nice cup of joe at the coffee shop. The bus arrives at a two hourly intervals. So, unless you’re good for another quick adventure, you can head down the road to the beaches below for some summer fun. The hotels here are closed indefinitely so try not to miss your bus! 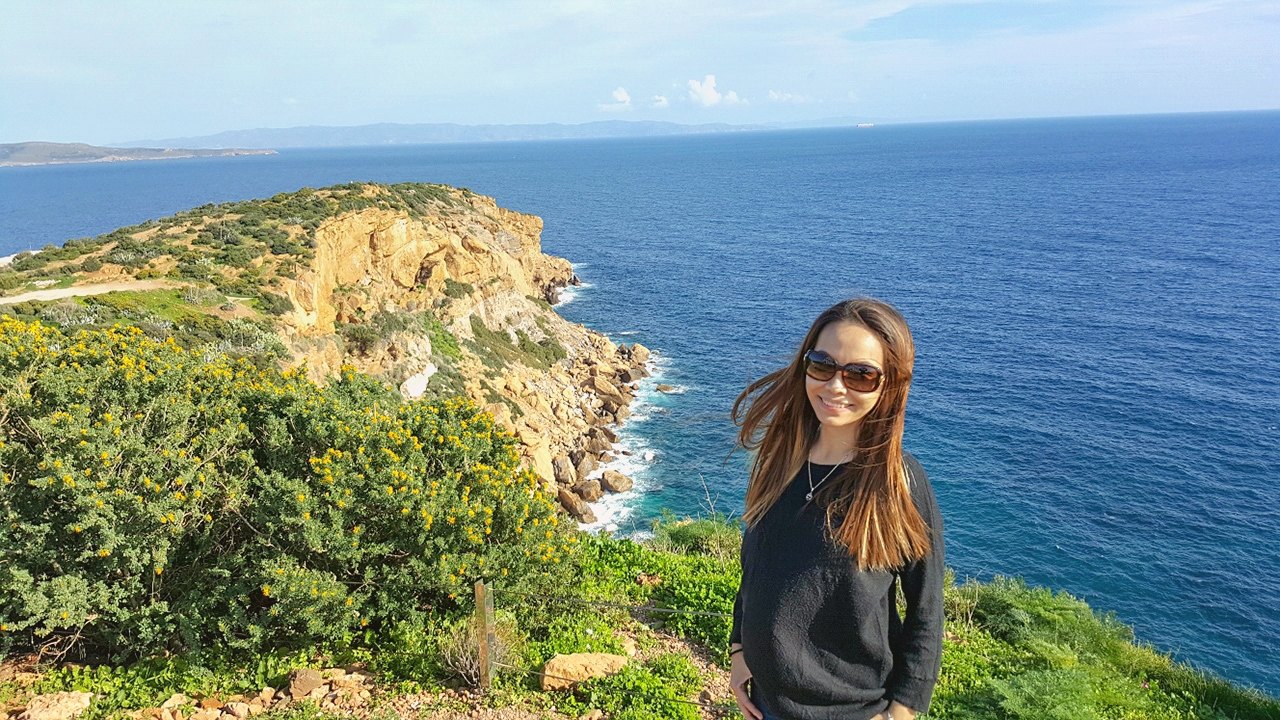 Overall, my trip to Cape Sounion was spectacular with lots of beautiful pictures of the temple and its surrounding coastline as well as the coastal views along the way. Although there isn’t much to see or do here, it was still a nice quiet escape from all the city buzz just to be close to the beautiful Aegean sea again.

Next Read: Cruising The Saronic Gulf With Evermore Cruises

20 Photos To Inspire You To Visit Athens

How I Started A Life Of Travel

How I Finance My Travel 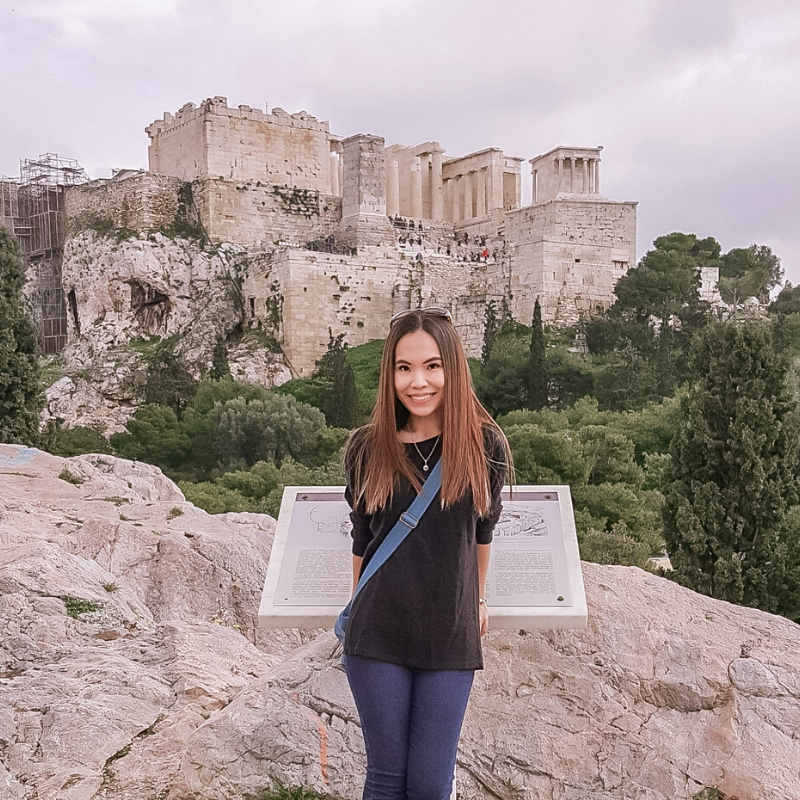 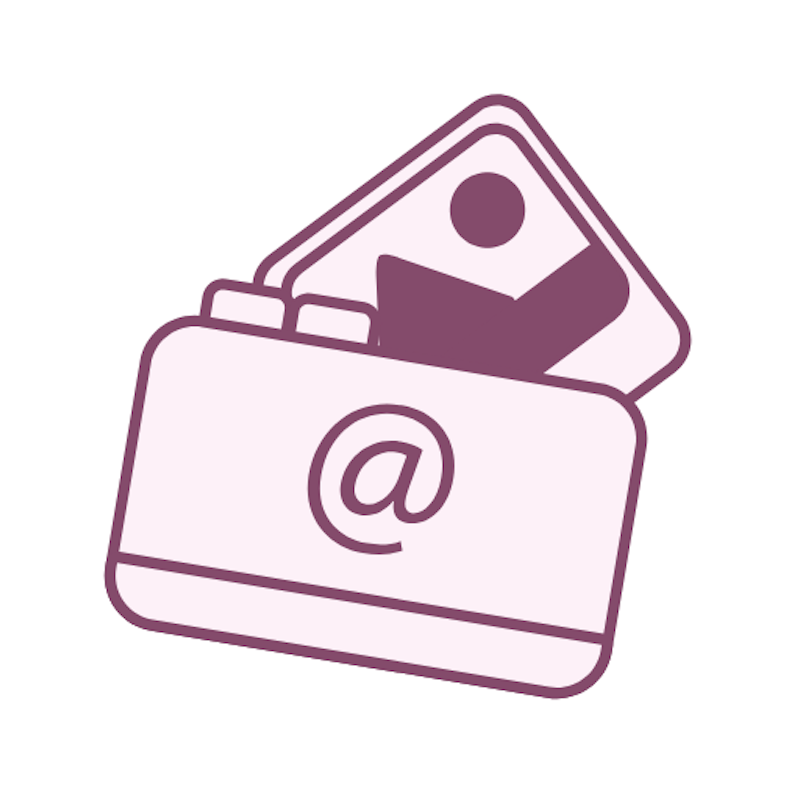 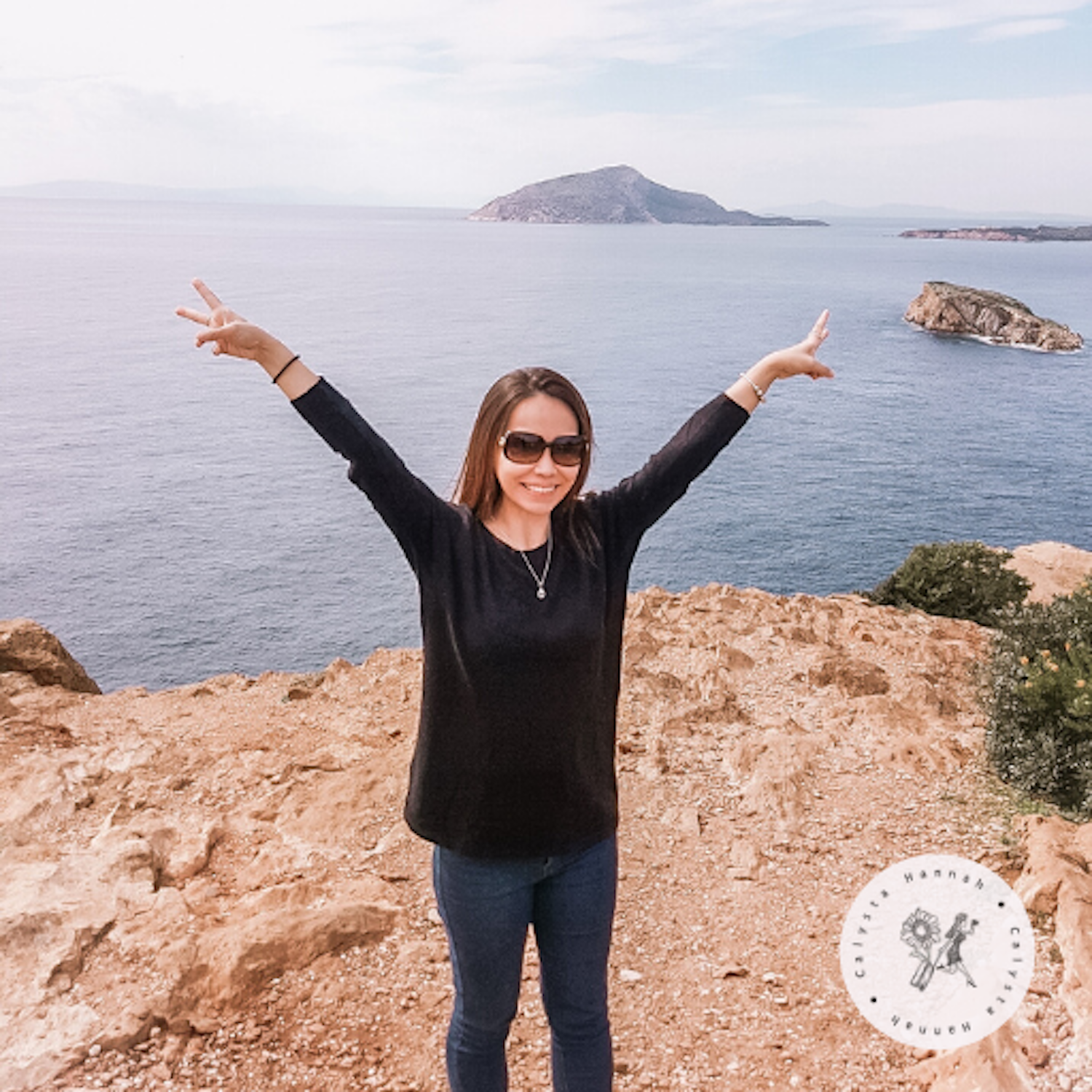